JUNE 17, 2013: ACCENTUATING THE MUNDANE ON A SUICIDE WALK - OptimImagery

JUNE 17, 2013: ACCENTUATING THE MUNDANE ON A SUICIDE WALK

Don't worry: It's not what the title may lead you to believe. On Saipan, there is a walkway which starts at an important historical / commemorative site (Last Command Post) and proceeds up to Suicide Cliff, where local families leapt to their deaths when the Americans took the island toward the end of WWII. The walkway is over 3 miles long and gains over 550 feet in elevation. Then, from Suicide Cliff there is a trail which returns to Last Command Post, probably involving about 3/4 of a mile or so (and, of course, the same elevation difference). So, it can make for a nice morning of exercise.
Read More 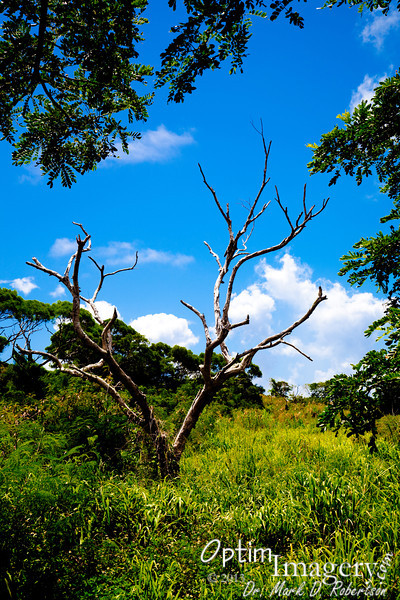 There is something about dead trees. I'm not sure why, but certain ones just seem to have a real visual punch.